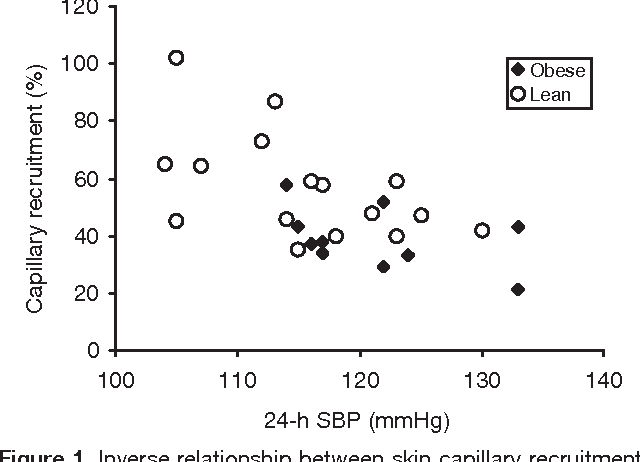 Ineffective tissue perfusion is a state in which an individual has a decrease in oxygen resulting in failure to nourish the tissues at the capillary level. Tissue perfusion is a critical parameter for tissue survival and function, and both relative and absolute perfusion assessments are highly relevant for both diagnosis and evaluation of the therapy response.

Sometimes situations occur where this exchange of gases between the blood and the cells is disrupted, meaning the cells (and ultimately the tissues and organs) stop getting adequate oxygen supply. The body can’t function without oxygen, so obviously this is a problem. When tissues don’t receive enough oxygen through the capillaries, this is called ineffective tissue perfusion.

Small arteries in diabetic subjects, whether hypertensive or normotensive, exhibit severe hypertrophic remodeling, and histological analysis of skeletal muscle biopsy samples reveals capillary rarefaction in subjects with type 2 diabetes. Histological capillary density is inversely related to fasting plasma glucose and fasting insulin levels and positively related to insulin sensitivity in nondiabetic individuals. Microvascular permeability to large molecules such as albumin is increased in diabetes, a process that is linked to hyperglycemia and ROS

Coronary flow reserve decreases progressively with age in subjects without coronary artery disease, from approximately 4 at 30 years to 3 at 65 years of age, largely due to increased basal myocardial blood flow.

Given the relationships between individual cardiovascular risk factors with measures of microvascular status, it is not surprising that the overall Framingham risk score is inversely correlated with skin capillary recruitment, maximal skin capillary density, and coronary flow reserve.

Ineffective Tissue Perfusion is characterized by the following signs and symptoms:

Microvascular abnormalities that lead to impaired tissue perfusion appear to represent a generalized condition that affects multiple tissues and organs. For example, in hypertension, coronary flow reserve is correlated with the media:lumen ratios of small arteries in biopsies of subcutaneous fat. Dilatation of venules in the retina independently predicts progression of cerebral small-vessel disease, and in diabetes, reduced coronary flow reserve predicts the occurrence of retinopathy.

Impaired tissue perfusion may be involved in target-organ damage and complications that involve several vascular beds. For the coronary microcirculation, an obvious example associated with both hypertension and diabetes is the occurrence of myocardial ischemia and angina in the presence of angioscopically normal epicardial coronary arteries, also known as cardiac syndrome X. Impaired myocardial perfusion may also be an important factor in the development of hypertensive heart failure and may lead to localized ischemia and disturbed patterns of electrical activity that constitute a substrate for serious arrhythmias. In the case of renal disease, glomerular and peritubular capillary rarefaction has been noted in different animal models and in human progressive renal disease, and it precedes the development of impaired perfusion and chronic hypoxia. It has been suggested that hypoxia may be the common factor linking many forms of progressive renal disease.