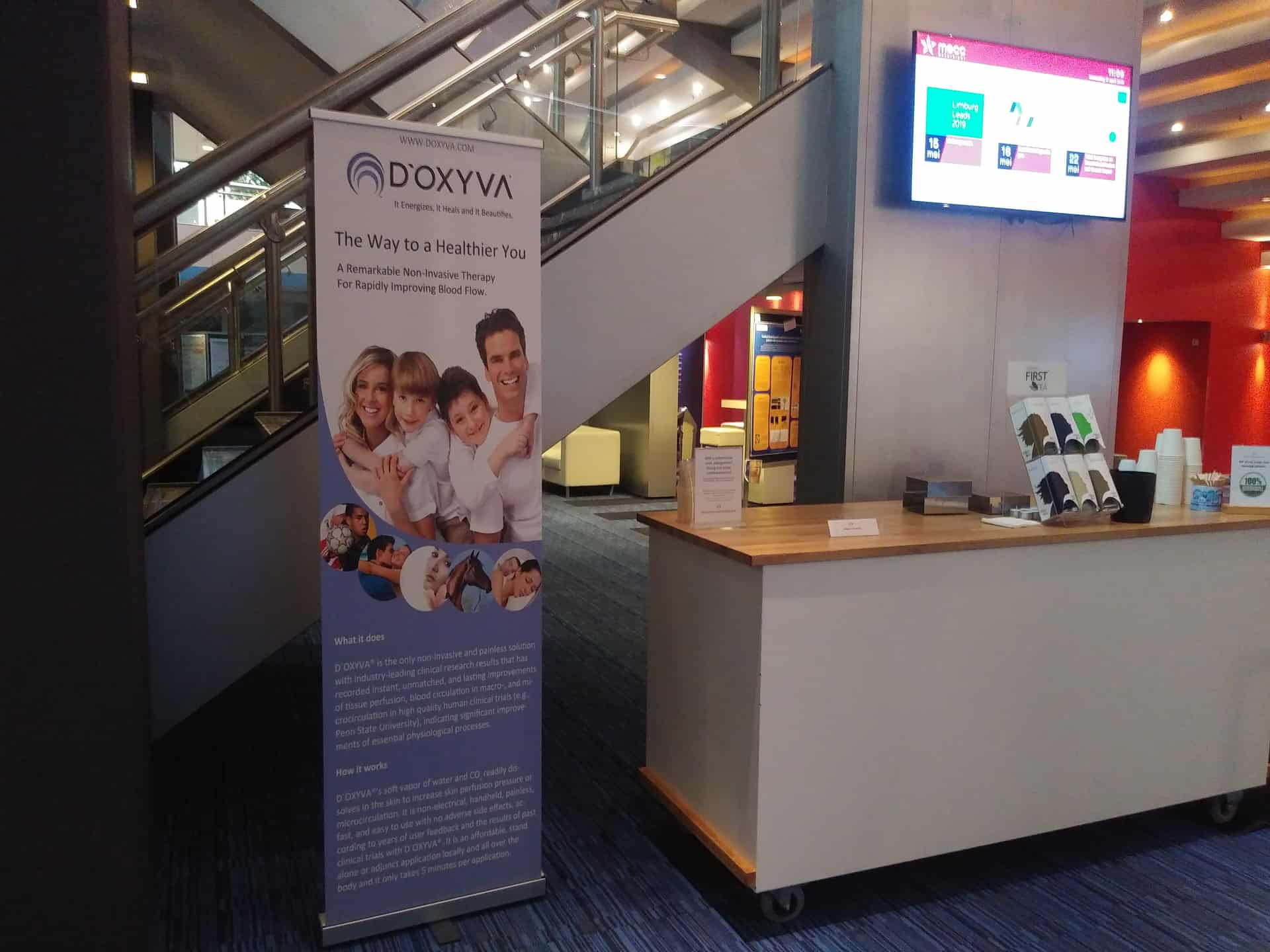 Prof. Puruhito and colleagues have released the results of three observational trials showing that D’OXYVA® (Circularity Healthcare LLC), a deoxyhemoglobin vasodilator, improves vasodilation in the treatment of diabetic foot ulcers (DFUs), boosts dermal microcirculation, and helps in the healing process of DFUs.

D’OXYVA® is a circulatory and nerve stimulant. The system was used by Prof. Puruhito for CO2 transdermal delivery, which has been shown to produce higher oxygen unloading by hemoglobin, thereby increasing oxygen-rich blood flow in the local microcirculatory system1. This improved dermal microcirculation leads, in turn, to enhanced wound healing2.

The American Diabetes Association standards of care for DFUs refer to microvascular complications and their treatment via improvements in microcirculation; therefore, Prof. Puruhito’s team set out to test CO2 transdermal delivery via D’OXYVA® in their patients. They have been gathering data since 2015, which led to the following results.

During the course of a 5-day treatment, O2 saturation increased in patients treated with transdermal CO2 in comparison to controls (15 patients/group)3 over the whole measurement range (up to 120 minutes post application). Moreover, a consistent heart rate decrease was found in patients undergoing transdermal CO2 treatment. Furthermore, the perfusion index (PI) showed an upwards tendency in the treatment group, whereas it remained stable for untreated controls. See figure 1.

In light of these results, Prof. Puruhito’s team performed extra measurements of transcutaneous carbon dioxide (TcPCO2), O2 saturation, and PI in the 15 patients treated with D’OXYVA® for transdermal CO2 delivery3–5. This data show that the oxygen saturation reached almost 100% in some patients, whereas the TcPCO2 remained relatively stable throughout the treatment time (120 minutes). For more detailed information, see figure 2.

Figure 2: Transcutaneous CO2 pressure (TcPCO2), O2 saturation, and PI assessment in the 15 patients subjected to transdermal CO2. (A) SENTEC TcPCO2 measurements for all patients at various time points after D’OXYVA® application (pre-treatment, 5, 60, 90, and 120 minutes after) (B) O2 saturation (C) PI.

Finally, Prof. Puruhito’s team demonstrated the positive effects of transdermal CO2 delivery via D’OXYVA® on the healing of DFUs5 (fig. 3), proving the clinical potential of this intervention to improve the quality of life of people suffering from this common complication of diabetes.

In conclusion, the use of a D’OXYVA® device for transdermal CO2 delivery improves the outcomes of DFUs by enhancing dermal microcirculation and increasing perfusion rates and tissue oxygenation, therefore assisting in the healing process of the ulcers typical of diabetes neuropathy.

Ito Puruhito, MD is professor in the Department of Thoracic and Cardiovascular Surgery at Dr. Soetomo General Hospital as well as a senior lecturer in the Faculty of Medicine at Universitas Airlangga (Indonesia). From 2001 to 2016, he was the rector of the aforementioned university. Prof. Puruhito finished his medicine studies at Universitas Airlangga in 1967, and in 1972 he received a doctorate degree, graduating cum laude from Frederich-Alexander University (Erlangen-Nürnberg, Germany). In his native country, he developed the Department of Thoracic-Cardiovascular Surgery at his former university, Universitas Airlangga, Surabaya. In 1978, he co-founded the Indonesian Association of Thoracic, Cardiac and Vascular Surgery. Prof. Puruhito has authored numerous indexed research articles in Scopus, ISI-Thompson or PUBMED, and scientific presentations and written several books in Indonesian, English, and German. He acted as reviewer for peer-reviewed journals such as Medical Tribune, Annals of Thoracic and Cardiovascular Surgery, Asian Annals of Surgery, Medicinus, and many more Indonesian medical-surgical journals. Currently, apart from lecturing, Prof. Puruhito actively researches stem cells, cardiovascular medicine, and surgery at the Institute of Tropical Disease as well as some work in microcirculation. Further, he acts as coordinator of research affairs at the Department of TCV-Surgery at Dr. Soetomo General Hospital Surabaya. Since 2014, he has been the chairman of the Council of Research in the Ministry of Research Technology and Higher Education of the Republic of Indonesia.