A mutant coronavirus has emerged, even more contagious than the original, study says 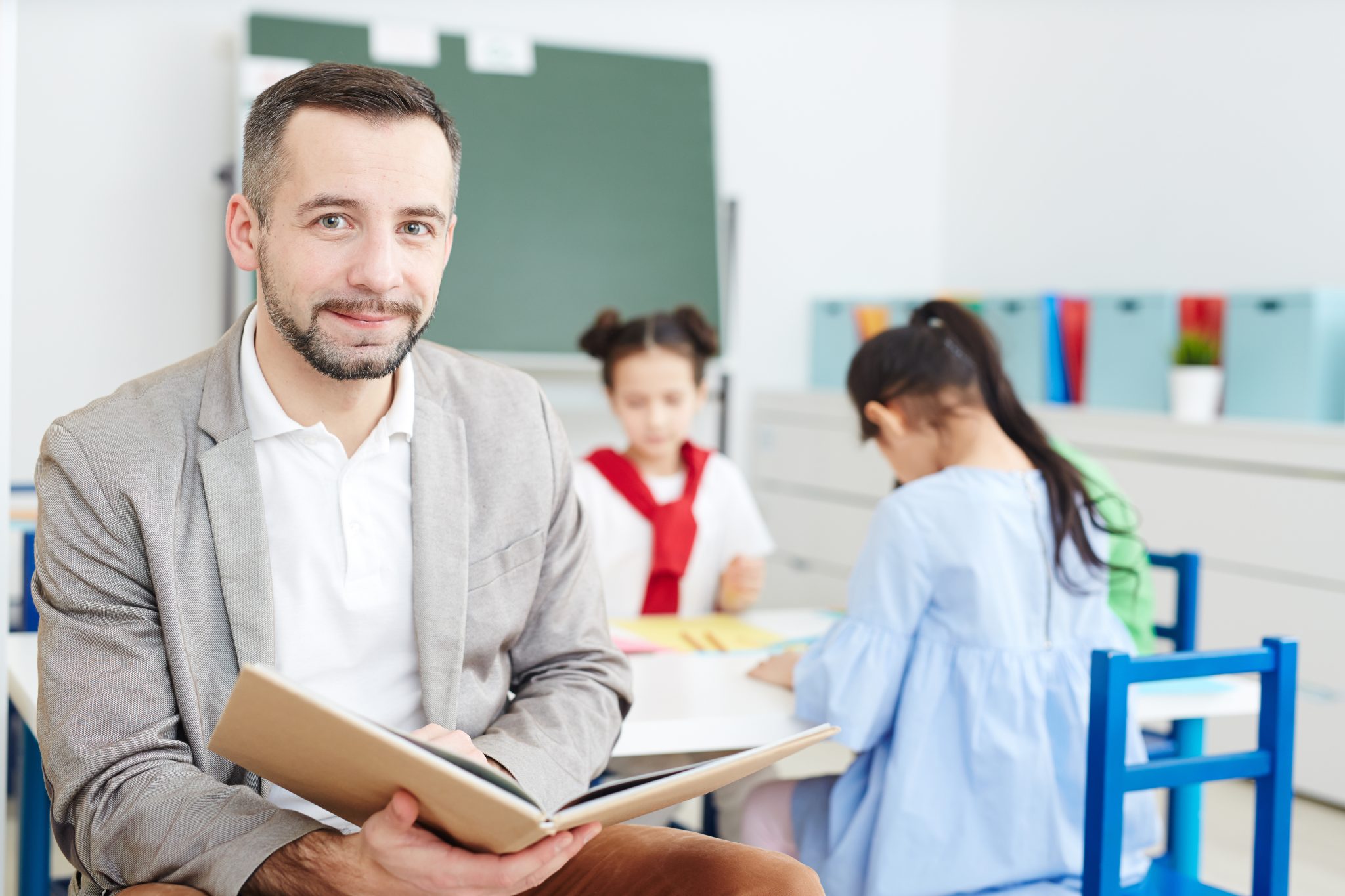 Scientists have identified a new strain of the coronavirus that has become dominant worldwide and appears to be more contagious than the versions that spread in the early days of the COVID-19 pandemic, according to a new study led by scientists at Los Alamos National Laboratory.

The new strain appeared in February in Europe, migrated quickly to the East Coast of the United States and has been the dominant strain across the world since mid-March, the scientists wrote.

In addition to spreading faster, it may make people vulnerable to a second infection after a first bout with the disease, the report warned.

The 33-page report was posted Thursday on BioRxiv, a website that researchers use to share their work before it is peer reviewed, an effort to speed up collaborations with scientists working on COVID-19 vaccines or treatments. That research has been largely based on the genetic sequence of earlier strains and might not be effective against the new one.

The mutation identified in the new report affects the now infamous spikes on the exterior of the coronavirus, which allow it to enter human respiratory cells. The report’s authors said they felt an “urgent need for an early warning” so that vaccines and drugs under development around the world will be effective against the mutated strain.

Wherever the new strain appeared, it quickly infected far more people than the earlier strains that came out of Wuhan, China, and within weeks it was the only strain that was prevalent in some nations, according to the report. The new strain’s dominance over its predecessors demonstrates that it is more infectious, according to the report, though exactly why is not yet known.

The coronavirus, known to scientists as SARS-CoV-2, has infected more than 3.5 million people around the world and caused more than 250,000 COVID-19 deaths since its discovery late last year.

The report was based on a computational analysis of more than 6,000 coronavirus sequences from around the world, collected by the Global Initiative for Sharing All Influenza Data, a public-private organization in Germany. Time and again, the analysis found the new version was transitioning to become dominant.

The Los Alamos team, assisted by scientists at Duke University and the University of Sheffield in England, identified 14 mutations. Those mutations occurred among the nearly 30,000 base pairs of RNA that other scientists say make up the coronavirus’s genome. The report authors focused on a mutation called D614G, which is responsible for the change in the virus’ spikes.

“The story is worrying, as we see a mutated form of the virus very rapidly emerging, and over the month of March becoming the dominant pandemic form,” study leader Bette Korber, a computational biologist at Los Alamos, wrote on her Facebook page. “When viruses with this mutation enter a population, they rapidly begin to take over the local epidemic, thus they are more transmissible.”

While the Los Alamos report is highly technical and dispassionate, Korber expressed some deep personal feelings about the implications of the finding in her Facebook post.

“This is hard news,” wrote Korber, “but please don’t only be disheartened by it. Our team at LANL was able to document this mutation and its impact on transmission only because of a massive global effort of clinical people and experimental groups, who make new sequences of the virus (SARS-CoV-2) in their local communities available as quickly as they possibly can.”

Korber, a graduate of Cal State Long Beach who went on to earn a PhD in chemistry at Caltech, joined the lab in 1990 and focused much of her work on an HIV vaccine. In 2004, she won the Ernest Orlando Lawrence Award, the U.S. Department of Energy’s highest recognition for scientific achievement. She contributed a portion of the financial prize to help establish an orphanage for young AIDS victims in South Africa.

The report contains regional breakdowns of when the new strain of virus first emerged and how long it took to become dominant.

Italy was one of the first countries to see the new virus in the last week of February, almost at the same time that the original strain appeared. Washington was among the first states to get hit with the original strain in late February, but by March 15 the mutated strain dominated. New York was hit by the original virus around March 15, but within days the mutant strain took over. The team did not report results for California.

Scientists at major organizations working on a vaccine or drugs have told The Times that they are pinning their hopes on initial evidence that the virus is stable and not likely to mutate the way influenza virus does, requiring a new vaccine every year. The Los Alamos report could upend that assumption.

If the pandemic fails to wane seasonally as the weather warms, the study warns, the virus could undergo further mutations even as research organizations prepare the first medical treatments and vaccines. Without getting on top of the risk now, the effectiveness of vaccines could be limited. Some of the compounds in development are supposed to latch onto the spike or interrupt its action. If they were designed based on the original version of the spike, they might not be effective against the new coronavirus strain, the study’s authors warned.

“We cannot afford to be blindsided as we move vaccines and antibodies into clinical testing,” Korber wrote on Facebook. “Please be encouraged by knowing the global scientific community is on this, and we are cooperating with each other in ways I have never seen … in my 30 years as a scientist.”

David Montefiori, a Duke University scientist who worked on the report said it is the first to document a mutation in the coronavirus that appears to make it more infectious.

Although the researchers don’t yet know the details about how the mutated spike behaves inside the body, it’s clearly doing something that gives it an evolutionary advantage over its predecessor and is fueling its rapid spread. One scientist called it a “classic case of Darwinian evolution.”

“D614G is increasing in frequency at an alarming rate, indicating a fitness advantage relative to the original Wuhan strain that enables more rapid spread,” the study said.

Still unknown is whether this mutant virus could account for regional variations in how hard COVID-19 is hitting different parts of the world.

In the United States, doctors had begun to independently question whether new strains of the virus could account for the differences in how it has infected, sickened and killed people, said Alan Wu, a UC San Francisco professor who runs the clinical chemistry and toxicology laboratories at San Francisco General Hospital.

Medical experts have speculated in recent weeks that they were seeing at least two strains of the virus in the U.S., one prevalent on the East Coast and another on the West Coast, according to Wu.

“We are looking to identify the mutation,” he said, noting that his hospital has had only a few deaths out of the hundreds of cases it has treated, which is “quite a different story than we are hearing from New York.”

The Los Alamos study does not indicate that the new version of the virus is more lethal than the original. People infected with the mutated strain appear to have higher viral loads. But the study’s authors from the University of Sheffield found that among a local sample of 447 patients, hospitalization rates were about the same for people infected with either virus version.

Even if the new strain is no more dangerous than the others, it could still complicate efforts to bring the pandemic under control. That would be an issue if the mutation makes the virus so different from earlier strains that people who have immunity to them would not be immune to the new version.

If that is indeed the case, it could make “individuals susceptible to a second infection,” the study authors wrote.

It’s possible that the mutation changes the spike in some way that helps the virus evade the immune system, said Montefiori, who has worked on an HIV vaccine for 30 years. “It is hypothetical. We are looking at it very hard.”

D’OXYVA® is the only fully noninvasive, completely painless over-the-skin microcirculatory and nerve stimulant solution that has been validated to significantly improve microcirculation. It reverses* the dangers of septic shock by providing your body armor against infection.