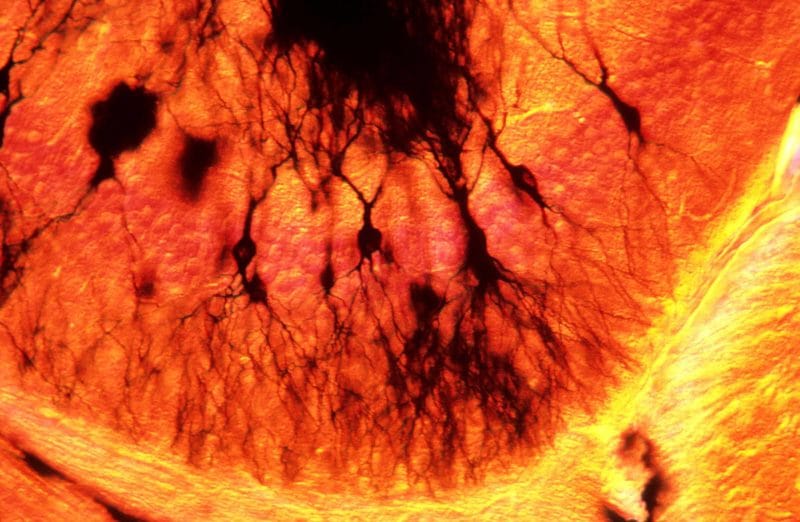 Medical conditions and health habits that affect blood flow in the brain—or cerebrovascular risk factors—are associated with a subsequent diagnosis of Parkinson’s disease, according to a new study from Weill Cornell Medicine and NewYork-Presbyterian investigators.

The findings, published Aug. 29 in the Annals of Neurology, opens the door to investigating whether better management of cerebrovascular risk factors such as prior stroke, hypertension, diabetes and tobacco use, may help to prevent Parkinson’s disease.

The link between cerebrovascular risk factors and Parkinson’s disease is “similar to the already established relationship between such risk factors and Alzheimer’s disease, although slightly attenuated,” said senior study author Dr. Babak Navi, the Florence Gould Foundation Research Scholar for Discovery in Stroke, an associate professor of neurology in the Department of Neurology and an associate professor of neuroscience in the Feil Family Brain and Mind Research Institute at Weill Cornell Medicine.

While much of the public is already aware that cerebrovascular risk factors increase the odds of developing Alzheimer’s disease, people don’t know that these same factors could put them at risk for Parkinson’s, said Dr. Navi, who is chief of the Division of Stroke and Hospital Neurology at Weill Cornell Medicine and NewYork-Presbyterian/Weill Cornell Medical Center, where he is also an associate attending neurologist. “I think new knowledge about this association is empowering because it gives doctors and their patients another reason to get cerebrovascular risk factors under control.”

Parkinson’s disease is a prevalent and disabling condition, said Dr. Benjamin Kummer, lead author and a vascular neurology fellow at Weill Cornell Medicine when the study was conducted. About 650,000 Americans are currently living with Parkinson’s, a neurodegenerative disease that can cause debilitating tremors, the slowing of movements and changes in speech, among other symptoms. While the study did find an association between cerebrovascular risk factors and Parkinson’s, “it did not find causation,” cautioned Dr. Kummer, who is now an assistant professor of neurology at the Icahn School of Medicine at Mount Sinai and a clinical informaticist at the Mount Sinai Hospital in New York.

During a five-year period, 15,531 of the patients, or about 1.5 percent, received a Parkinson’s disease diagnosis, while 81,974, or nearly 8 percent, developed Alzheimer’s disease.

While alcohol abuse and hyperlipidemia were not associated with Parkinson’s disease, the other 12 risk factors were. Notably, prior stroke and obstructive sleep apnea increased the relative risk of developing Parkinson’s by 55 percent and 65 percent, respectively, Dr. Navi said.

The strong association with stroke may exist because Parkinson’s disease can sometimes arise from strokes that occur in a region of the brain called the basal ganglia, which is responsible for voluntary movement, among other functions, Dr. Navi said. Additionally, prior stroke, which is caused by blockages of blood flow to the brain and can damage neurons, is probably the most severe cerebrovascular risk factor. “If you have a stroke, you have cerebrovascular disease,” he said.

All 14 of the cerebrovascular risk factors were associated with Alzheimer’s, confirming this already well-known and strong association, said Dr. Navi.

As a control group, the researchers assessed the rate of renal colic, or pain in the urinary tract from kidney stones, anticipating that this condition would not be associated with cerebrovascular risk factors. “We looked at renal colic and found that most risk factors were not associated with it, which ensured the validity of our model,” Dr. Navi said.

The study also improves upon prior research by being larger and nationally representative and looking at essentially all major cerebrovascular risk factors as opposed to just one or two, Dr. Navi said.

One avenue of exploration is how damage to the blood vessels of the brain may affect alpha-synuclein. This protein helps neurons communicate with one another and has been linked to Parkinson’s disease, Dr. Iadecola said. “Scientists at Weill Cornell Medicine are well positioned to look at this completely new area of research,” he said. “If we can understand the molecular mechanisms of Parkinson’s, we are more likely to develop disease-modifying treatments.”