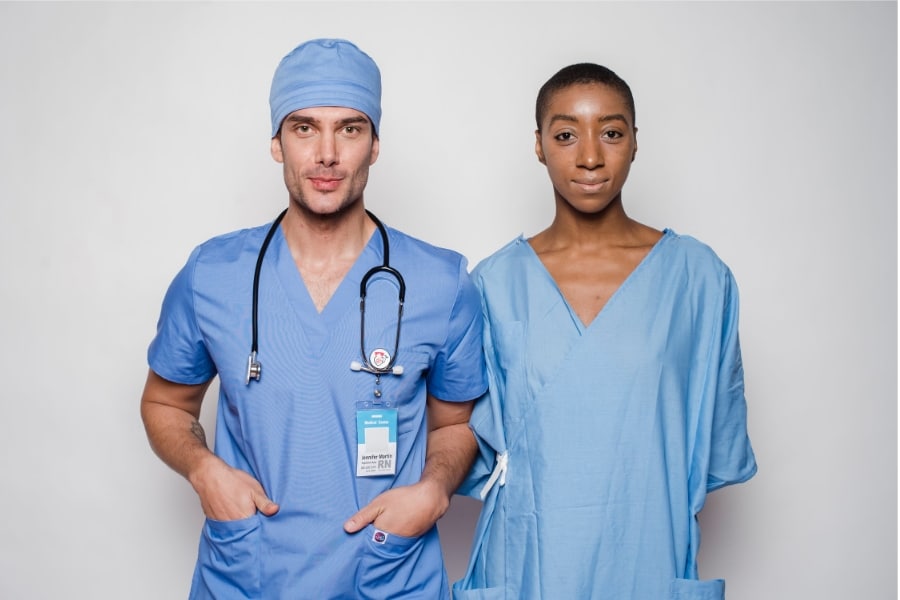 One of the most important things to remember about cancer is it is NOT a chemotherapy disease, it is NOT a radiation disease and it is not a Vitamin C disease. Cancer is actually a metabolic dysfunction tied to genetic mutations, and the first step in fighting it is on the metabolic level. This approach is what has helped our team achieve a unique and successful treatment strategy. Let’s learn how oxygen plays a role in the development and treatment of cancer.

Every cancer has a trigger: infections, chemical toxins or heavy metal toxins are a few of the main ones. Early changes are seen through metabolic shifts that ultimately cause mutation, continually pushing genetic changes, growth and spread throughout the life of the cancer. Let’s take a look at how changes in oxygen metabolism are some of the first metabolic signs of difficult cancers.

Cancer is a very difficult to understand disease and there are many misconceptions associated with it. But one of the main keys of understanding, treating and ultimately winning the raging war against cancer is none other than oxygen. Eighth on the periodic table, oxygen is responsible for the breathing of cells and are essential role in providing energy.[1] However, cancerous, mutated cells thrive in anaerobic, or oxygen-lacking environments.

When growing, cancer cells show a change where they have lower levels of oxygen. This may stem from dysfunctions in the cell’s mitochondria (known as cellular “factories” that play a major role in cell respiration). If these issues go unchecked, it leads to further complications and malfunctions in apoptosis (programmed cell death). You may remember from biology class, mitochondria have two main functions: energy creation and policing uncontrolled division of cells.

Nobel Prize winner Dr. Otto Warburg famously hypothesized “…the prime cause of cancer is the replacement of the respiration of oxygen in normal body cells by a fermentation of sugar,” meaning, cancer is caused by a lack of oxygen. Today’s modern cancer cell biology has shown he was on the right track as mitochondrial health and shifting to a more oxygen-rich environment may protect healthy cells and further neuter cancer cells.

Furthermore, malignant, rapidly growing tumor cells typically have glycolytic rates up to 200 times higher than those of their normal tissues of origin. This means cancer has a much higher need for sugar than normal cells; this has been proven by the abnormally high level of insulin receptors found on all cancer cells. Because cancer cells favor the lack of oxygen, they shift to glycolytic pathways; put simply they use glucose as their source of energy. Cancer cells average about 16 times more insulin receptor sites than normal cells.

It’s important to realize that the genetics of a cancer in its early stages and its late stages are completely different. This is what makes late-stage cancer so complex and difficult to treat – you’re essentially trying to overcome these numerous advanced metabolic changes. Let’s look at some of the gene pathways that make this issue even more compounded.

Angiogenesis is a normal, healthy cell process through which new blood vessels form from pre-existing vessels. However, it’s also the fuse which sets off unchecked growth, turning benign tumors into malignant steamrollers. It’s also what transitions the metabolism of the cancer, making it that much harder to kill.

Hypoxia is when a portion of the body doesn’t have adequate oxygen supply. Hypoxia-inducible factor 1-alpha, (HIF-1-alpha,) is a protein that is encoded by the HIF1A gene, playing an essential role in cellular and systemic responses to hypoxia. Cancer cells use this protein to grow their blood supply and spread.

According to a study by the Liver Cancer Institute at Zhongshan Hospital and Shanghai Medical School in Shanghai, “HIF-1alpha in HCC [hepatocellular carcinoma, the most common form of liver cancer] plays an important role in predicting patient outcome. It may influence HCC biological behaviors and affect the tumor inflammation, angiogenesis and act in concert with the oncogene MYC [a gene found in many cancers] . Attaching importance to HIF-1alpha in HCC may improve the prognostic and therapeutic technique.” [2]

This receptor is also associated with increased chemotherapy resistance, leading to tumors that are untreatable. Additionally, EGFR is linked to insulin, making it the metabolic gasoline that fuels changes and growth in the cell.

This also links back to HIF-1 alpha. According to a study by the Department of Pathology at the VU University Medical Centre in Amsterdam, “In invasive breast cancer, HIF-1alpha is associated with angiogenesis, and expression of growth factors [including] the receptor EGFR. Thus, agents targeting HIF-1 may combine different pathways of inhibiting breast cancer growth, including angiogenesis and growth factors.”

M2-PK (also known as PKM2) is an enzyme that is important in tumor metabolism, discovered in 2010 by Harvard Medical School. Tumor M2-PK helps cancer cells shift to greater glycolytic pathways. It is only found in cancer cells and not in normal healthy cells, making M2-PK an excellent marker for monitoring excelled growth or tracking improvement in treatment, depending if levels are high or low.

Chemotherapy and radiation therapy both rely on Reactive Oxygen Species (ROS) to work, augmenting ROS stress. ROS are essential toxic substances like hydrogen peroxide and others that can cause damage to cells in high concentrations. ROS are natural byproducts of the metabolism of oxygen, however, more resistant cancers actually produce their own antioxidants to fight these toxic substances.

Earlier stage cancers do not appear to have the same defense mechanisms that are found in more resistant later stage cancers. This explains why chemotherapy and radiation therapy may not work in late-stage cancers. The answer may involve actually increasing ROS levels so therapy can kill cancer cells once again – this is the therapeutic aim of oxidative medicine, giving high doses of antioxidants and creating ROS instead of destroying it. Therefore, the dosing and delivery change the entire mechanism of action of integrative treatments.

In this form of ROS, oxygen is what actually allows chemotherapy and radiation to work. Several types of DNA damage are caused by ROS-related oxidation. That is the goal of effective cancer treatment, to not only kill cancer cells but their genetics as well. In many cases, when oxidative therapy is combined with correctly-tested chemotherapy you can improve overall treatment for patients.

The best part about these treatments is they are helpful for most, if not all cancers. If you have questions about your specific cancer. Keep in mind, knowing this is only a small part of the battle and only one of several unique and successful strategies we’ve used that gives our patients an important advantage. If you have any questions about your cancer, or would like to know more about how integrative medicine might help, please contact us today.