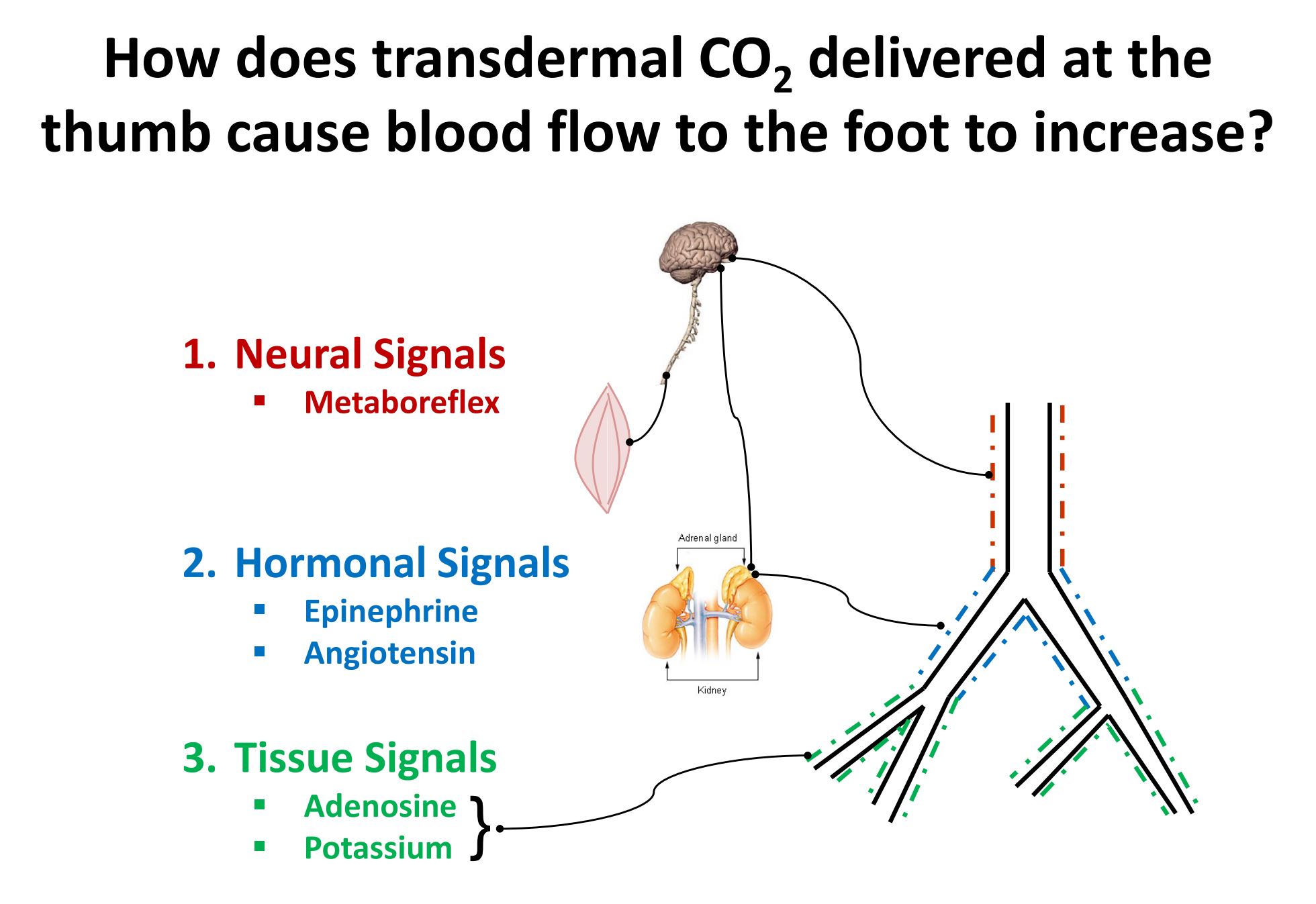 Toriyama et al. studied the effect of CO2 bathing in 83 limbs with critical ischemia and achieved limb salvage in 83% without surgery. They concluded that peripheral vasodilation from CO2 bathing resulted from an increased parasympathetic and decreased sympathetic activity. Application of transdermal CO2 produces a remote vasodilation that may be mediated through release of a circulating humoral agent.

Recently, studies have documented that episodes of brief, non-damaging ischemia occurring in a tissue can induce systemic protection against ischemia-reperfusion injury in a remote organ. This phenomenon, termed remote ischemic conditioning, has been demonstrated to confer protection against ischemic events in the myocardium, brain, and kidney. Although shown to be effective in various clinical and preclinical models, the mechanism(s) of remote protection have not been clearly identified. Both neural and humoral mechanisms have been proposed to contribute to the protection against ischemic damage afforded by remote ischemic conditioning. Basalay et al. have shown that when remote ischemic conditioning is applied before induction of myocardial ischemia, sensory nerves and recruitment of a parasympathetic neural pathway are involved in reduction of infarct size.

Future investigations will need to monitor heart rate, heart rate variability, and sympathetic nerve activity in order to more fully assess the role of the autonomic nervous system in mediating the sustained increases in SPP and systolic blood pressure reported in this initial study and focus on assessment of plasma samples during and following skin delivery CO2 application. The D’OXYVA device is safe and can be administered at home. There are a lot of possibilities here and we are really excited about conducting future studies to determine what D’OXYVA may be able to provide to people with microvascular disease.

D’OXYVA® has been demonstrating for years that it does not break the skin’s barrier, while it provides exceptional quality of life and health benefits quickly and affordably.

In short, based on current leading neurology, immunology, microvascular, and cellular oxygenation science, D’OXYVA® is leading the field by significantly lowering the risk of diabetes and cardiovascular complications and providing complete and significant improvement of difficult wounds together with major pain relief and improved quality of life.