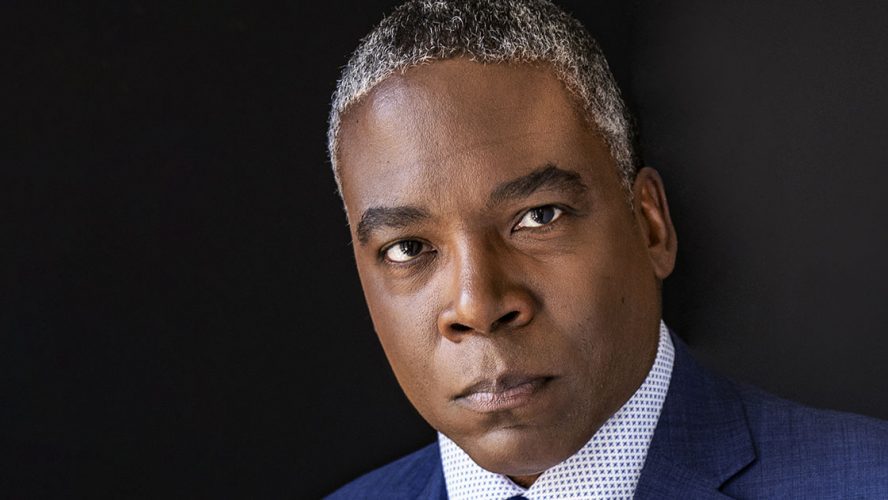 Actor Jonathan Adams is focused on staying healthy during the COVID-19 pandemic and he wants fellow Black Americans to stay safe, too.  The novel coronavirus has disproportionately affected Black Americans at a higher rate than other races.

New data shows Black and Latinx U.S. residents are three times as likely to get coronavirus, compared to their white neighbors. They’re also nearly twice as likely to die from the disease.

Adams, known for playing Chuck Larabee, Tim Allen’s neighbor on ABC’s “Last Man Standing,” has been talking with his family and friends about the pandemic, including with his sister, who is a nurse.

“All I can say is that it’s incredibly oppressive and very frightening,” said Adams, who wears masks and tries to stay healthy overall. He exercises every other day, including taking long walks with his dogs.

Adams says many essential workers like nurses, restaurant workers, bus drivers, and others, are people of color.

“It’s not necessarily a racial thing but I think it’s more a socioeconomic issue that we’re facing,” he said. “And we’re seeing a disparity in the fact that a lot of Black people, and a lot of Latinos as well, don’t have the white collar jobs that we can stay at home and do from home, do from a computer.”

In fact, 2018 Census data shows 43 percent of black and Latinx workers work in service and production jobs, which typically can’t be done remotely.

It’s an emotionally challenging time in the United States

“There’s a lot of tension that comes along with just simply being black in America,” said Adams. “And I think that a lot of why we have hypertension is because of the tension of just trying to live in your own skin.”

The American Heart Association says Black Americans have one of the highest rates of hypertension in the world. While people with the condition are encouraged to relax, Adams says that’s hard to do.

“How can you relax when you’re under this constant pressure?” asked Adams, who calls the combined timing of COVID-19 and Black Lives Matter “a perfect storm.”

He’s ready for open conversations about these tough topics.

“Honestly, I think everything starts at home, and everything starts with your own family,” Adams said. “It all begins with someone you know, or even a small group of people having those arguments and discussions about this. We just need to hammer it out.”

Experts call D’OXYVA a game-changer biotech. “Studies with D’OXYVA have shown unmatched results in noninvasive wound care,” Dr. Michael McGlamry. Anyone with an underlying condition should know this option is available.